If, for example, the related location of location A changes over time than then this should be configured in the following way.

In the case that the related location of a location can vary over time but that a lot of attribute attributes stay constant, it is usefull useful to define the constant attributes in a seperate separate attribute file. In the example above an attribute file (attribute.csv) is configured.

The attributes which dont vary over time can be placed in this file. However the attributeFile support the definition of a starttime and endtime in the same way it can be defined for a locationSet.

This file should be located in the same directory (mapLayersFiles) as the file myLocationFile.csv.

The grid display supports the usage of time dependent locations and polygons. The time step displayed in the grid display can be varied by using the time slider at the top of the display. In a FEWS system were the locations are not time

When a user double clicks on a spot in a shape in the grid display, the plots dialog will automaticly automatically open and the time series of the selected polygon will be shown. But with the introduction of time dependent locations it is possible that the polygon which overlaps a selected geographical point varies over time. If this is the case and the user double clicks on a spot where the overlap in time occurs, the time series shown in the plots display will also vary over time, so multiple time series will be visible for the total period.” The MapToolTip (button "tooltip") also takes into account that locations and the related polygons can vary over time.

By default the map display and filters will not take into account that the locations shown are time dependent but shown show the situation as it is at the display time. In the explorer.xml it is possible to configure that the map display shows a time slider if when locations are shown on the map which are time dependent. Activating the time slider should be considered as going into a sort of special mode which allows to view how locations were configured in the past.

The secondary validation module also takes into account the time dependency of the locations.

The secondary validation will only run if all of the used locations are valid, the values of location attributes used in the 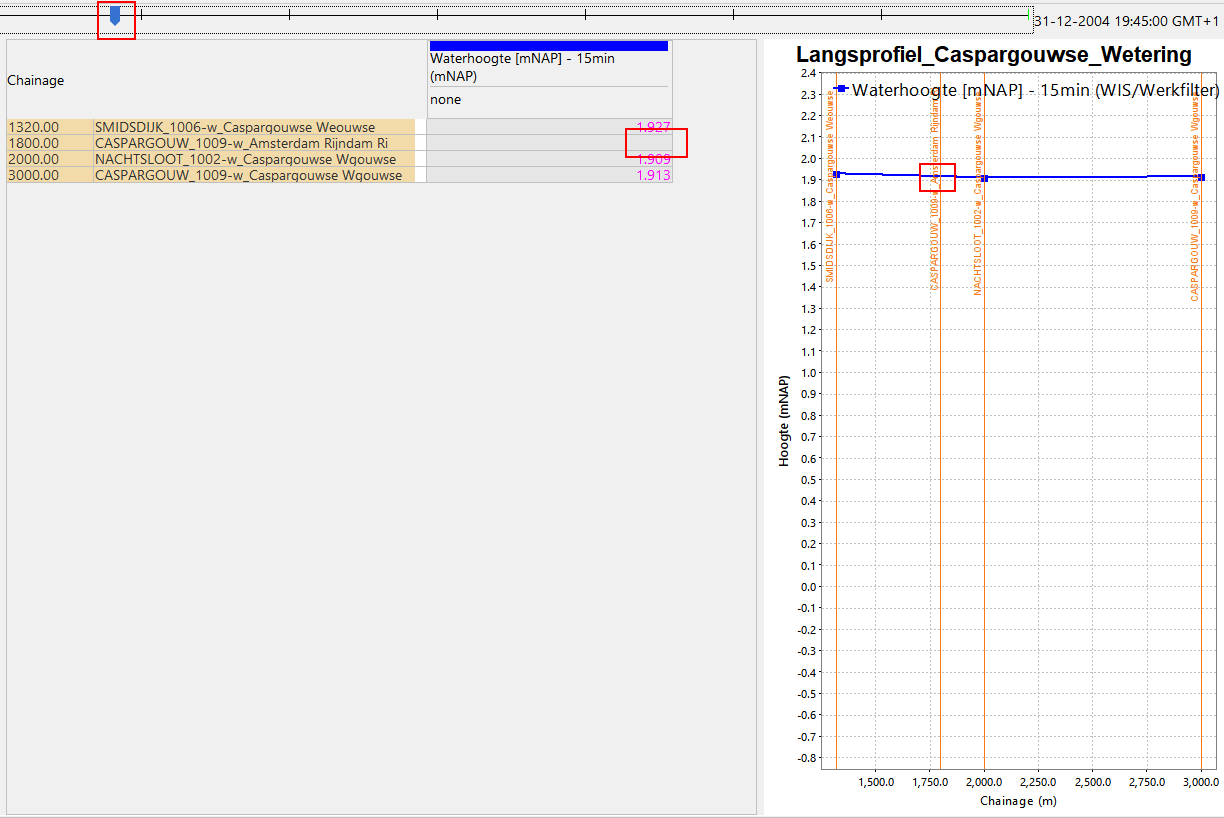