The Transformation module is a general-purpose module that allows for generic transformation and manipulation of time series data. The module may be configured to provide for simple arithmetic manipulation, time interval transformation, shifting the series in time etc, as well as for applying specific hydro-meteorological transformations such as stage discharge relationships etc.

When available as configuration on the file system, the name of an XML file for configuring an instance of the transformation module called for example TransformHBV_Inputs may be:

The concept of the validation rules was introduced as a solution for a common problem in operational situations when using aggregation transformations. When for example an aggregation was done over an entire year a single missing value in the input values would cause that the yearly average was also a missing value.

The validation rules provide a solution for these types of situations. It allows to configure in which cases an output value should be computed although the input contains missing values and/or doubtful values.

The validation rules are optional in the configuration and can be used to define the outputflag and the custom flagsource of the output value based on the number of missing values/unreliables values and/or the number of doubtful values in the used input values per aggregation timestep. The available output flags are reliable, doubtful and missing.

With these rules it is possible to define for example that the output of the transformation is reliable if less than 10% of the input is unreliable and/or missing and that if this percentage is above 10% that in that case the output should be a missing value.

Below the configuration of the basic example which was described above.

The configured validation rules are applied in the following way. The first validation rules are applied first. In the example above the first rule is that if 10% or less of the input is missing (or unreliable) that the output flag will be set to reliable. If the input doesn't meet the criteria for the first rule the transformation module will try to apply the second rule. In this case the second rule will always apply because a percentage of 100% is configured.

Configuring a rule with a percentage of 100% is a recommended way of configuring the validation rules. By default if validation rules are configured and none of the configured rules are valid the output will be set to missing. Which means that in this case the second rule of 100% was not necessary because it is also the default hard-coded behaviour of the system.

But for the users of the system it is more understandable if the behaviour of the aggregation is configured instead of a hard-coded fallback mechanism in the software.

To explain the validation rules a bit more a more difficult example will explained. Let's say that we would like configure our aggregation in such a way that the following rules are applied:

Below shows a configuration example in which the rules above are implemented.

The example shows that in total 3 validation rules were needed. The first rule checks if less than 15% of the input is missing/unreliable. If this is not the case than it will be checked if the second rule can be applied. The second rule states that if less than 40% of the input is missing that in that case the output flag should be set to doubtful. The last rule takes care of all the other situations. Note that it has a percentage configured of 100%. Which means that this rule will be applied. However because 2 rules are defined above this rule FEWS will always try to apply these rules first before applying this rule.

It would be nice if the user of the system would be able to see in the GUI of FEWS why the input was marked reliable. Were there missing values in the input or not? Is the output based on a few missing values?

Finally it is also possible to define validation rules based on the number of doubtful values in the input. It is important to note that missing values and unrealiable values found in the input are also counted as doubtful values. It is even possible to define validation rules based on a combination of an allowed percentage of unreliable/missing values and doubtful values. The sequence of applying the rules is also in this case the order in which the rules are configured. The first rule which applies to the
current situation is used.

Below a configuration example

The explanation above gave an good idea of the possibilities of the use of the validation rules.

For example to reference the attribute MV for the inputMissingValuePercentage the configuration should be like.

The first output value is set to doubtful. Because in this case the total percentage of missing values is 25%. Which means that the following rule is applied.

The third output value is set to doubtful. The input doesn't contain missing values but has a single doubtful input value. The percentage of doubtful values in the input is therefore 25% which means that the following rule will be applied.

Since FEWS 2017.02 it is possible to configure if manual edits should be preserved. This setting applies to all transformations that are configured. The default is false. For an example configuration see:

Since 2019.02 an optional field description is available. This field can be configured per transformation, and the text will be shown in the workflow tree asmouse ower label (tooltip). This can be used with any type of transformation.

Copying comments, flags and flag sources from input to output

Run transformations for a set of selected locations

In some cases it is usefull to run a transformation only for a specific set of locations. For example when the entire workflow has already ran and there is only a change at a specific location. This situation can occur, for example, when a water level has been editted or when the configuration is changed.

In this case the workflow can skip the calculations for the unchanged locations. The main benefit of this approach is that it saves a lot of processing time.

When a node in the IFD is selected with a workflow which has the allowSelection option set true, the GUI will look like this: 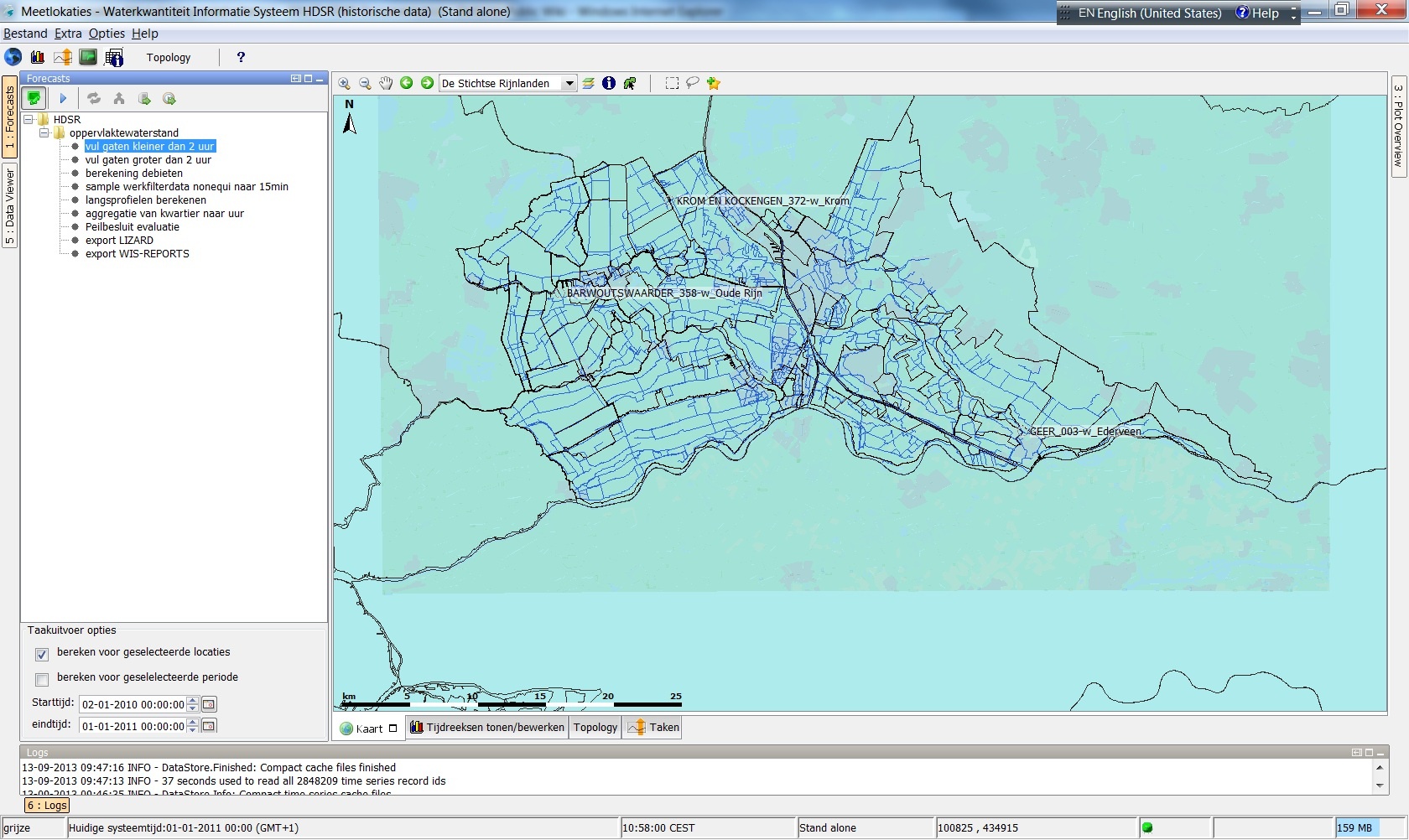 In the property dialog below the tree with the nodes two selection boxes will appear.

In the taskrun dialog an additinal checkbox will appear. 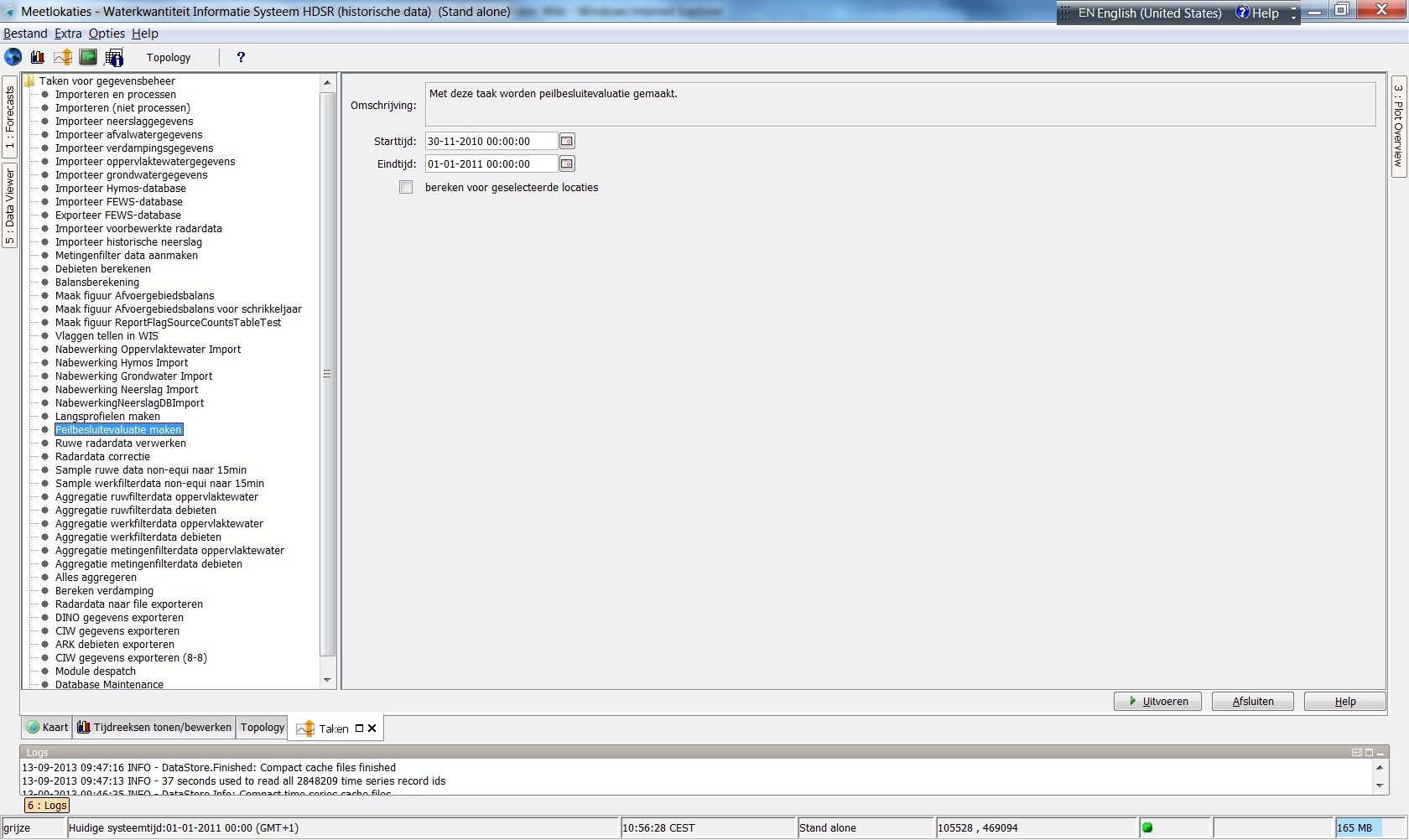 Which locations should the user select?

After the copying a set of statistical transformations are run to compute statistics.

When the run starts the majority of the calculations are skipped except when the water level for location will be recalculated because in this case location A which is one of the input time series is selected. When this calculation is done, FEWS will

The following steps should be followed when this functionality is implemented.
1) Decide in which situations this functionality is needed
2) Make a list of the workflows which need to run in this type of situations
3) Ensure that the workflow only consists of transformations for which this functionality can be used.
4) Move transformations or other parts of the workflow which are suitable for this type of operations to another workflow
5) Set the option allowSelection to true in the workflow descriptor for the workflow which can be used for selection specific calculations
6) When the workflows will be started from the taskrun dialog of the manual forecast dialog no additional configuration is needed. These displays are available in almost every FEWS system. However when the IFD will be used for this. the following additional steps should be taken.

First step is to create a topology.xml to configure the content of the tree from which the workflows should be started.

Detailed informations about configuring the topology.xml can be found at 24 Topology

The following steps should be done when using the IFD for selection specific calculations.

Below an example (part of the topology.xml)

second step is to add the following line the explorer.xml to add the IFD tool window to the system.

For some transformations it is possible to define a forecast loop by configuring a <forecastLoopSearchPeriod>. This means that the transformation will be run for each forecast found within that period.

For the most recent development version see the xsd schema at http://fews.wldelft.nl/schemas/version1.0/transformationTypes.xsd