The goal of this task is to generate new knowledge on mud at the Port of Rotterdam. A number of in-situ surveys are conducted in order to study siltation patterns in the port. 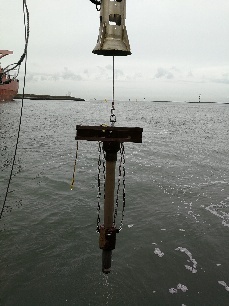 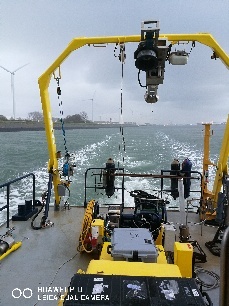 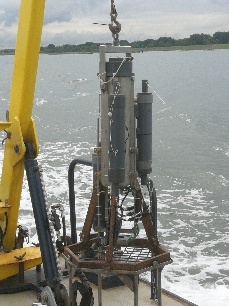 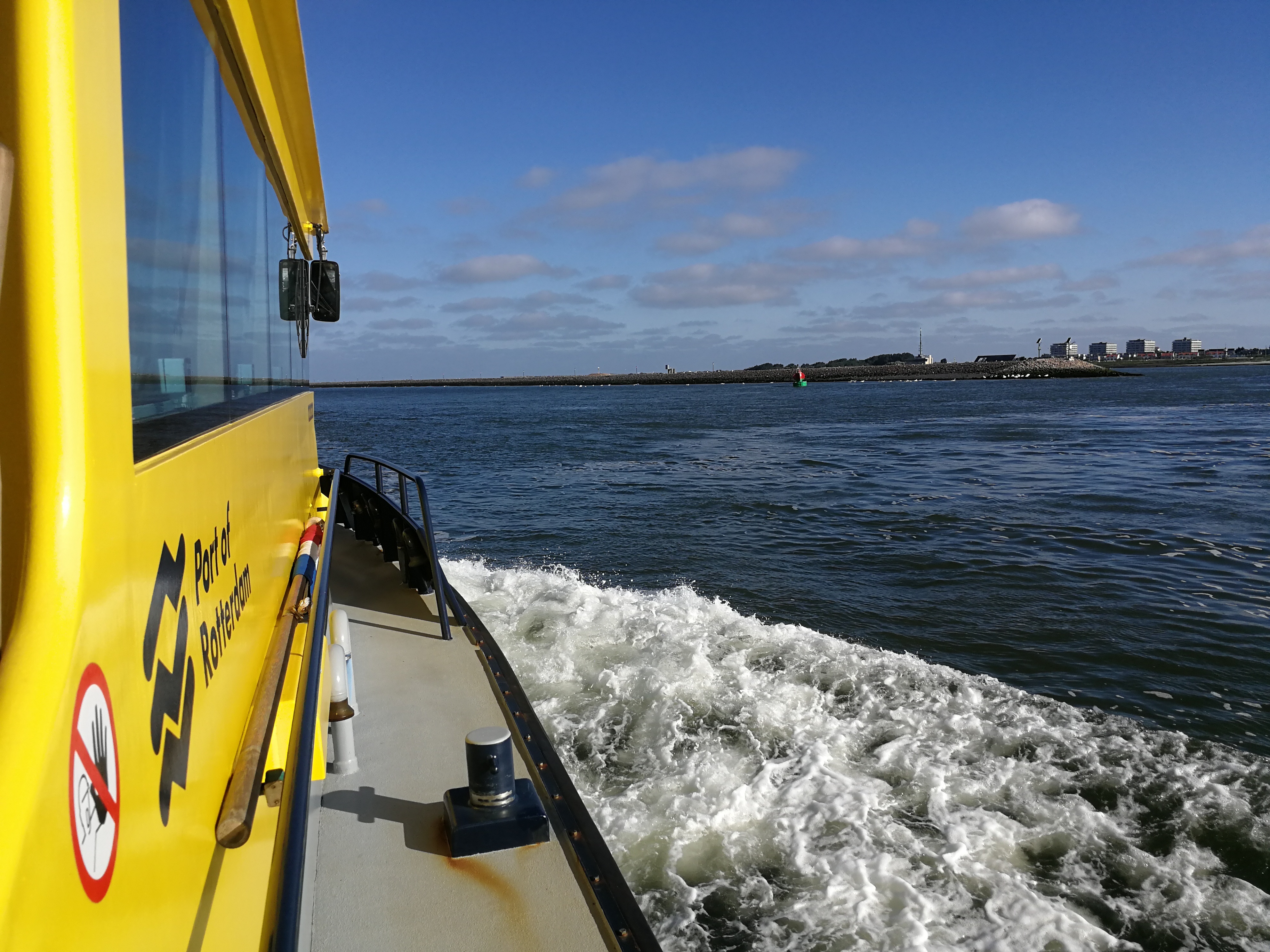 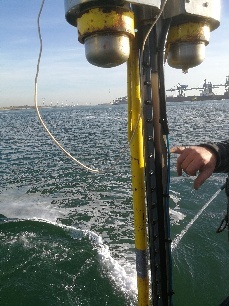 The purpose of this task is to evaluate the performance of two monitoring tools; the GraviProbe (dotOcean, Brugge, Belgium) and the RheoTune (Stema Systems, Geldermalsen, the Netherlands). These tools are known to as devices to measure the mud strength (in terms of undrained shear strength, yield stress) and/or density and are typically used to establish mud properties in ports for navigation and dredging purposes.

The output of these tools is compared to a protocol for defining navigable fluid mud layers. This comprises rheological measurements, whereby a stress sweep curve is applied to the mud. Two yield stress values are identified by a steep decline in apparent viscosity as a function of the shear strain applied.

Two mud samples from the Port of Rotterdam and the Port of Hamburg were used in this study. The mud was transported to Deltares, Delft, the Netherlands, where it was mixed, diluted to a specified density, and prepared into a container for testing purposes. The testing consisted of deployment of the monitoring tools into the mud-filled container. After deployment the mud was subsampled using a Beeker Sampler (a 1.5 m long tube sampler, manufactured by Eijkelkamp, Giesbeek, the Netherlands). The subsamples were transported to Deltares’ Physical Laboratory for the rheological testing (performed with a HAAKE MARS rheometer, Thermo Fisher, Karlsruhe, Germany) and density measurements (performed with an Anton Paar DMA 35, Graz, Austria), which served as independent reference measurements. 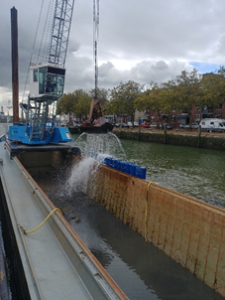 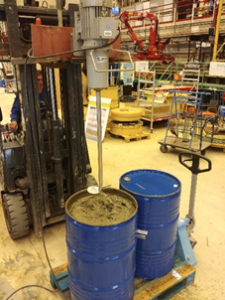 This task concerns developing new Delft3D modelling tools, that can be used for predicting far field spreading of density plumes generated by water injection dredging within the Port of Rotterdam. 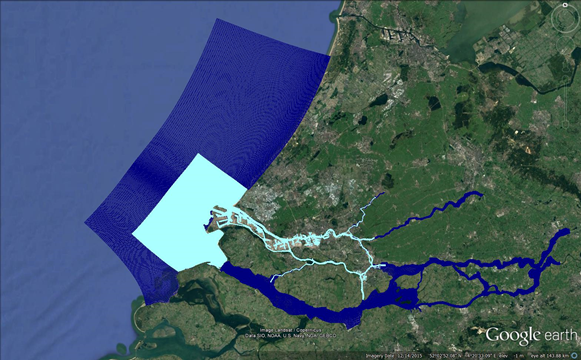 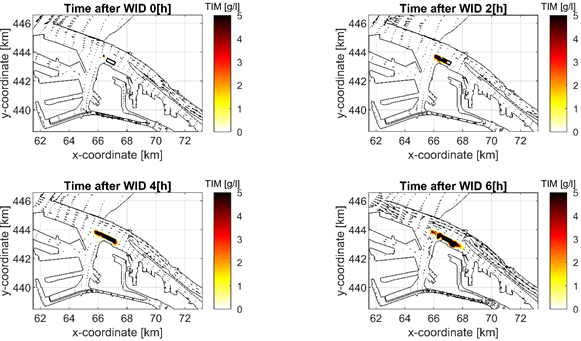 Within this task of PRISMA, the near field behaviour of density plumes which are produced by water injection dredging (WID) is investigated. Two different model tools have been applied: a rapid assessment Lagrangian 1Dv model and a 3D multiphase CFD model. 3D CFD can be applied in complex situations where the simplifications of the 1Dv model hinder its application. 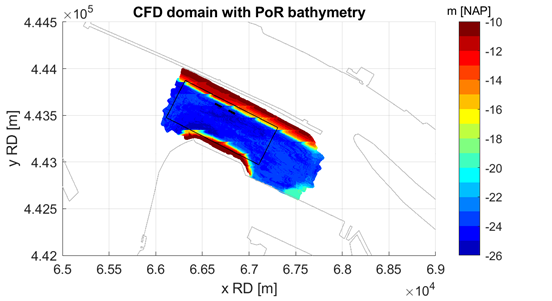 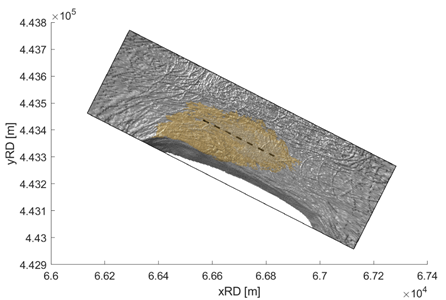 The project has delivered new tools, which are necessary for successful employing, quantitative assessing and generic improving of water injection dredging actions and sediment trapping. The tools can be further used for optimizing in-situ pilots at ports and waterways. In addition, the following methods, knowledge and experience has been gained:

-      Generated system knowledge: spatial and temporal variability of mud in the Port of Rotterdam 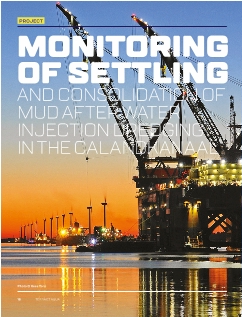 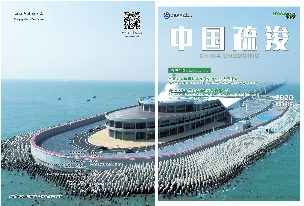