Funagira reservoir is the last reservoir in the cascade reservoirs system of Tenryuu River (Japan) – see the June 2020 newsletter. The reservoir is operated during flood conditions mainly for sediment management. The current operation requires regulating the gates to maintain the reservoir flushing water level.  In this assignment, we build a model using D-Flow FM model. The model is meant to mimic the reservoir operation during flood. The integrated model includes a morphological model with eight sediment fractions (sand and mud) and it’s linked to D-Real Time Control (PID controller) for operating the dam gates and maintaining the reservoir water level. The mud is being simulated using the new Kitamura (1995) formula which is now included D-Flow FM kernel (research branch).

The model is expected to be validated against the Delft3D 4 software that was used for all previous studies and can then be applied for more advanced analysis. The flexible mesh software has many new functions and added value to improve the modelling of Funagira dam and its reservoir. The model will be used as part of a work flow within Delta Shell that couples its output to HABITAT for habitat modelling. 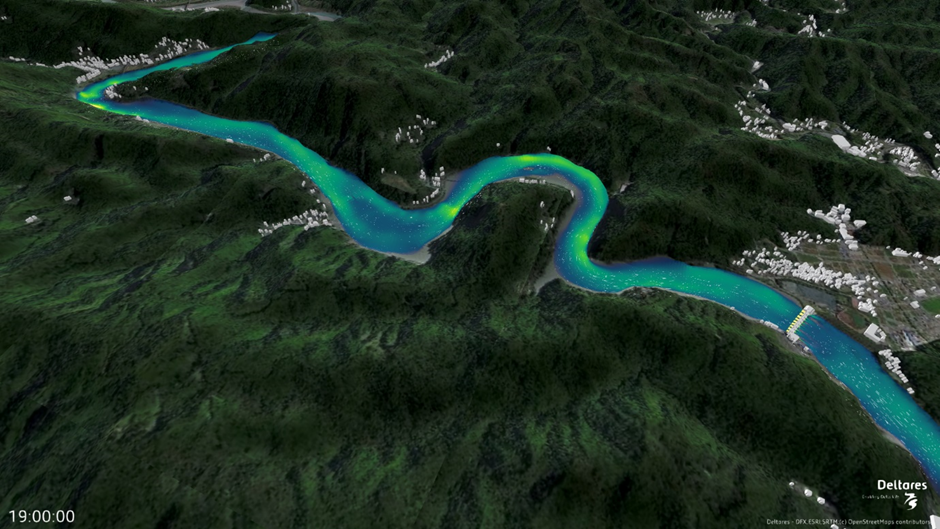 Funagira reservoir is operated during flood conditions mainly for sediment management. The current operation requires regulating the gates to maintain the reservoir water level of 50.6 m AMSL if the flood peak is less than 8,000 m3/s (orifice flow condition). If the discharge becomes higher than 8,000 m3/s, the gates must be fully open (free-flow condition). Normally a flood with a peak over 8,000 m3/s may occur every 7-10 years. This means that the regulation using the gates will be conducted almost every year. This requires substantial dynamic efforts to route the flood under the above-mentioned water level.

In this study, we investigated the possibility to lower the condition for free-flow operation to 2,000 m3/s instead of 8,000 m3/s. This may improve the efficiency of the sediment flushing and reduce operation efforts. Model simulations have been used to investigate different operation strategies to lower the reservoir water level to 47 m AMSL. Accordingly, three strategies are executed for 3 flood peaks (1600 m3/s, 3600 m3/s and 8700 m3/s). In total eight simulations are conducted and compared.

Also, the 2D-hydrodynamic model of Funagira reservoir, using the new Delft3D flexible mesh Suite is updated with sediment and morphology. The model is expected to be validated against the Delft3D4 software that was used for all previous studies and can then be applied for more advanced analysis. The flexible mesh software has many new functions and added value to improve the modelling of Funagira dam and its reservoir.

The aims of the project are: 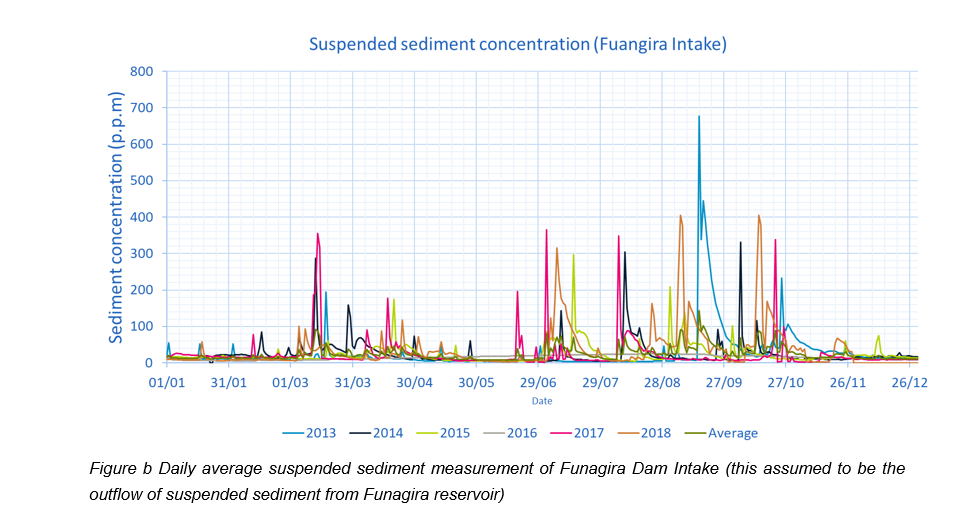 Funagira is a low-head run-off-river hydropower project (HPP) and is operated by J-Power. It is the lower dam of the cascade system in the Tenryuu River. To mitigate the environmental impacts of the dams, J-Power is carrying out a large-scale sediment management program for the Tenryuu River, where sediment is transferred through the cascade by flushing operations and by dredging and nourishing (sediment dikes). The flushing operations of the Funagira reservoir are considered to be a very relevant component of this sediment management program, as it discharges directly into the free-flowing downstream reach and towards the coast. J-Power is operating the dam and spillways such that during most of the floods (with peaks less than 8000 m3/s), the gates of Funagira are not fully opened and a (reduced) water level of 50.6 m is maintained. The large efforts needed for these operations have raised the question if full opening of the gates, reduced water levels and different timing of the releases can be used to optimize the erosion of deposits from the reservoir and supply to downstream. 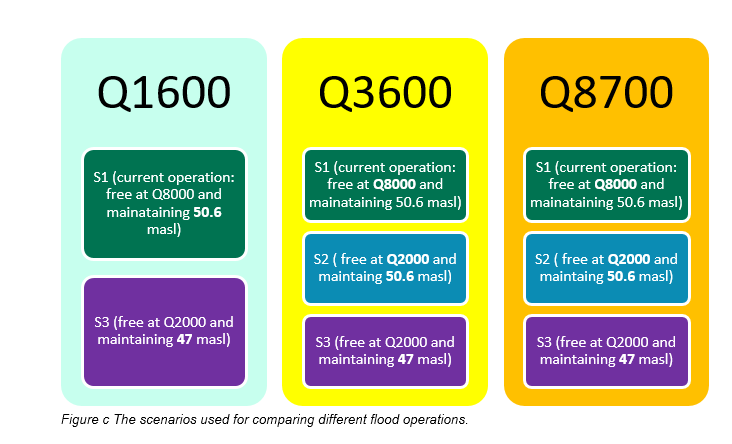 In this study, we explored with a Delft3D model how different flushing strategies with fully opened gates can provide increased sediment flushing. Subsequently, with the optimization modules in RTC Tools we demonstrated how these tools can be used to optimize the operations for joint requirements of maximum energy production, water-level requirements, and sediment flushing. The optimization model and tools build on the results from the Delft3D model run. This approach for optimization for sediment management, to our knowledge is the state-of-the-art and has not been shown elsewhere before. In that, the sediment behaviour is parametrised as a function of water levels based on the results of the morphodynamic model. this parametric relation is used in the optimisation model, to guarantee fast simulations and a first trial result of optimization including sediment.

The following conclusions have been drawn from the Delft3D model runs:

The Delft3D model results show, based on a limited number of tested operation strategies, that it is very well possible to increase the flushed sediment volume with a different operation of the gates. To be able to balance the maximum energy production with a maximum erosion volume, while posing restrictions to water-level variation and other functions, it has been shown that the optimization tools in RTC-Tools can be applied. This was further explored in the second part of this study. 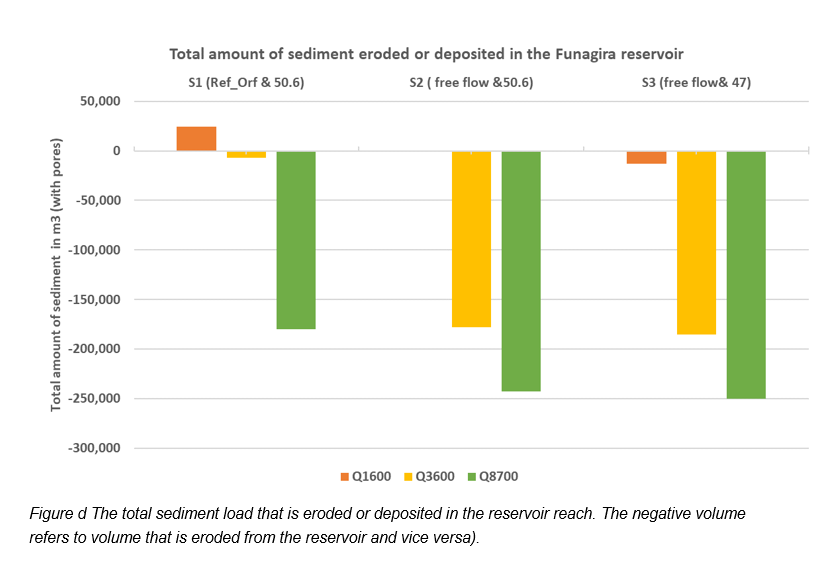