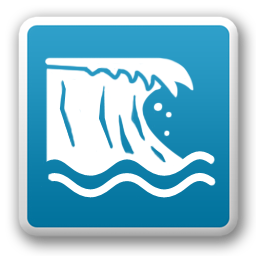 The assessment of the stability of under water slopes in unprotected sandy or silty material is often an important issue for dredging in harbours and fairways, trenching and sand mining. It is also important for natural river- and estuary or lake banks near eroding flows, often related with dike safety.

In this wiki space you can find information about the program D-FLOW SLIDE for analyzing flow sliding in submerged slopes (in Dutch: zettingsvloeiing). A first version was developed in 2012 (beta version 1.0), which was improved in 2014 (stand-alone version 1.2). In 2015 version 2 was released, where some nasty bugs were fixed and improvements were made. With D-FLOW SLIDE version 16.1 a safety assessment on flow slides can be performed according to WBI-2017. The program is based on the Toetsmethode zettingsvloeiing (versie 2, 22 februari 2016), also described in "Bijlage III: Sterkte en Veiligheid", which on its turn is based on the Handreiking Toetsen Voorland Zettingsvloeiingen (2012). In 2018 an updated version will be released, D-FLOW SLIDE version 18.1.1. Again some bugs were fixed and a number of additional functions have been added. The most important one is an expert-mode, in addition to the WBI-mode. In the expert-mode the user can modify various parameters that are fixed in the WBI-mode.

For more detailed information about the stability of sandy and silty under water slopes you can also download our brochure.

You can also read (in dutch) a "Technical report", which prescribes the technical safety assessment method for the major failure mechnisme of water defences. Each primary flood defence in Holland must be judged along the methods and rules prescribed in this document. This Technical report is a part of the "Statutory Assessment instrumentation" and is called "The Prescribe Safety assessment for levee's.

Figure 1: Examples of damage to a dike due to a flow slide

Flow slides form a major threat for flood defences along (estuary) coastlines and riverbanks in the Netherlands. Such flow slides may result in severe damage to dikes and structures, eventually leading to flooding of the hinterland (see Figure 1). Measures to prevent, mitigate, or even repair flow slides are costly. Due to the complexity of flow slides, methods that enable an accurate quantitative risk assessment are under-developed, especially compared to methods currently available for other failure mechanisms (e.g. piping below the dike or macro-instability of the dike body).

Flow slide is a complex failure mechanism that includes both soil mechanical and hydraulic features, of which the elementary ones are depicted in the flow chart in Figure 2. Two important physical (sub-)mechanisms are static soil liquefaction (verwekingsvloeiing) and breaching (bresvloeiing). For most of the documented cases of flow slides it is not clear to what extent static soil liquefaction and/or breaching played a role. Both mechanisms result in a flowing sand-water mixture, that eventually resediments under a very gentle slope.

Static liquefaction entails the sudden loss of strength of loosely packed saturated sand or silt, which may result in a sudden collapse of the sand body. Contrary to “ordinary” slope failure, in which a clear rupture surface can be distinguished over which the instable soil mass slides while staying more or less intact, in a liquefaction flow slide the instable mass of sand (or silt) flows laminar like a viscous fluid.

Unlike liquefaction, breaching only takes place at the soil surface: a local steep part of the slope retrogresses upslope and generates a turbulent sand-water mixture flow over the sand surface of the under water slope. If the mixture carries enough sand and if the local slope is steep enough, the thickness of the mixture will grow by erosion of the sand surface. Although strongly dependent on the properties of the sand or silt, a breaching flow slide in general takes much more time (several hours) than a liquefaction flow slide (several minutes).

Regardless of the mechanisms involved, a flow slide needs a trigger. Soil liquefaction may be initiated by a rapid drop of outer water level, a small earthquake, or a change in geometry by erosion or local instability, resulting in an unfavourable change of stress conditions within the loosely packed sand or silt. Breaching requires an initial breach, which may be formed by scour, by a local slip failure or by a local liquefaction flow slide. The triggers for both liquefaction and breaching are presented in the top of the flow chart in Figure 2. 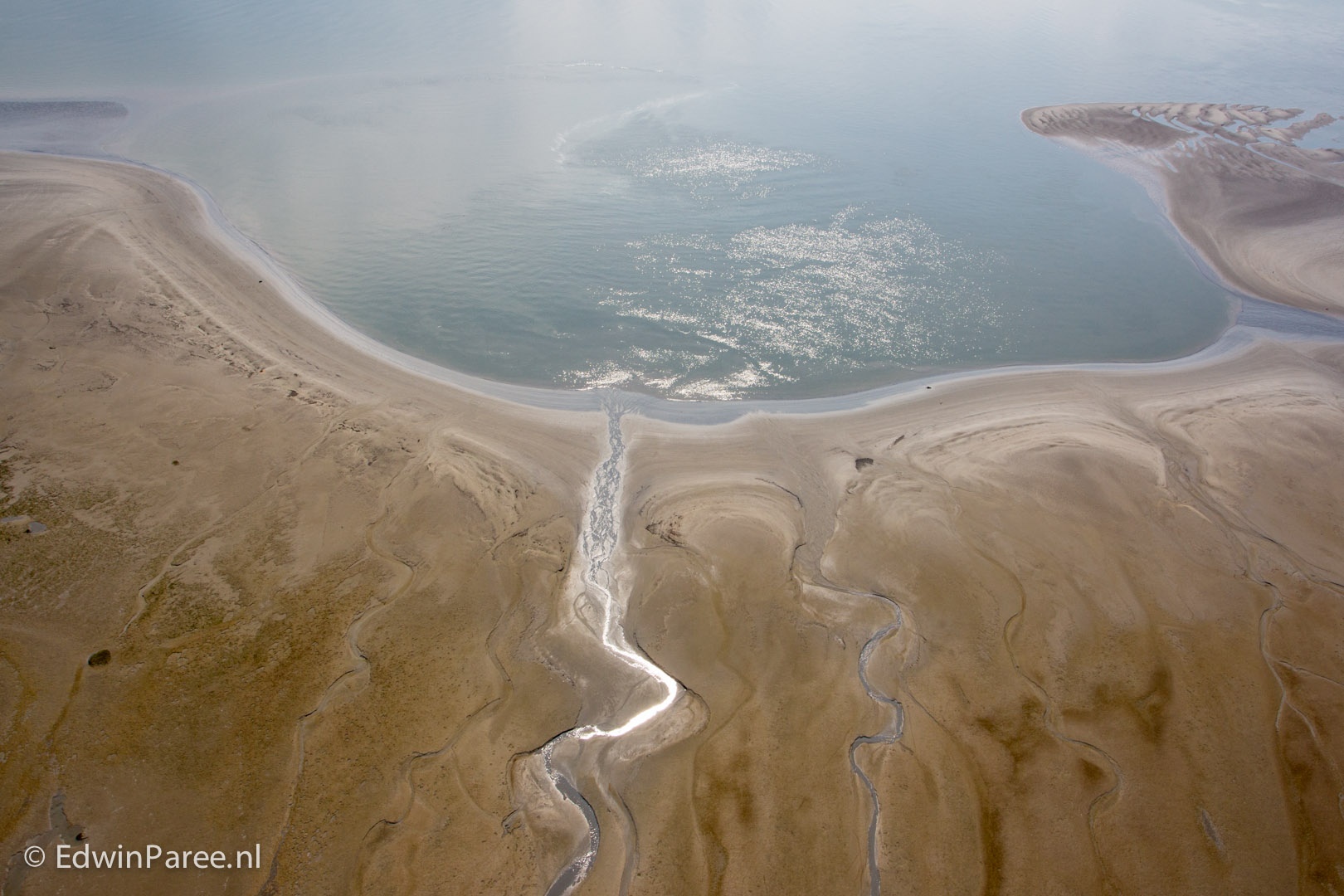 Figure 3a and b. Resulting scar of a large flow slide (plaatval), Plaat van Walsoorden, 2014

D-FLOW SLIDE is a user-friendly software tool developed for performing a safety assessment on the failure mechanism flow slide. The safety assessment includes a Global assessment method, which is a slightly modified version of the method in the VTV-2006, and a probabilistic Detailed assessment method. Furthermore advanced models for static liquefaction (SLIQ2D) and breach flow (HMBreach) have been implemented.

A preliminary link between D-FLOW SLIDE and the software DAM has been established. Implementation in DAM makes it possible to do automated calculations with D-FLOW SLIDE. This makes it possible to perform scenario analyses, e.g. for evaluating the influence of different (stochastic) subsoil scenario's or evaluating the safety against flow slides for predicted changes of the foreland geometry due to erosion or sedimentation. This is important information for policy makers. Flow slide is a failure mode of the foreland of the levee and does not necessarily directly result in failure of the levee and therewith flooding of the hinterland. However, failure of the foreland may induce a so-called “direct” failure mechanism of the levee, such as overtopping and -flow, backward erosion ("piping") and macro-instability.

Since DAM includes calculation models of several direct failure modes, it is possible to calculate the combined probability on a flow slide and the subsequent failure of the levee by a “direct” failure mode.

In the near future you can obtain a licence. For more information, please call helpdesk water

The final products of WBI will be delivered in 2017. 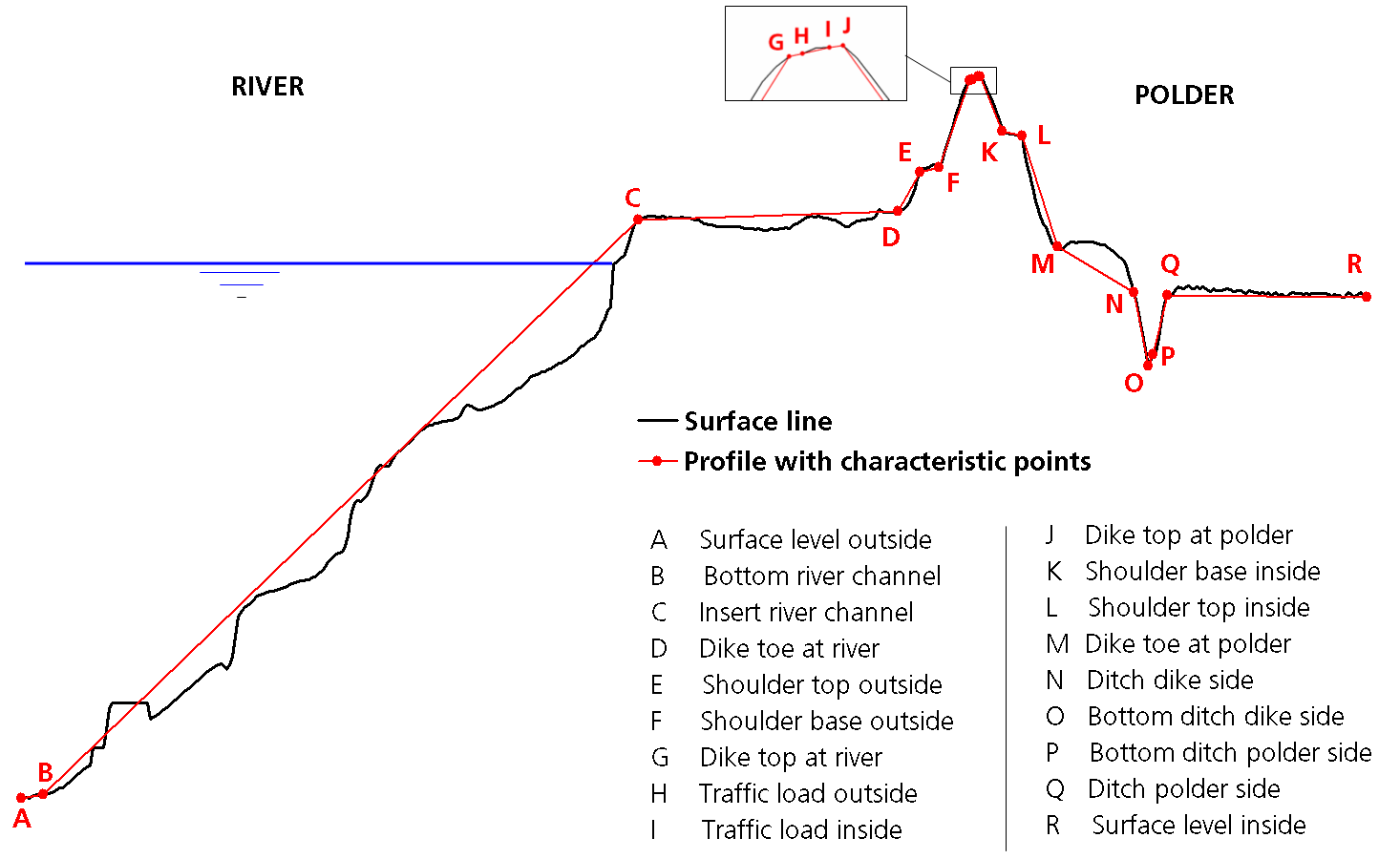 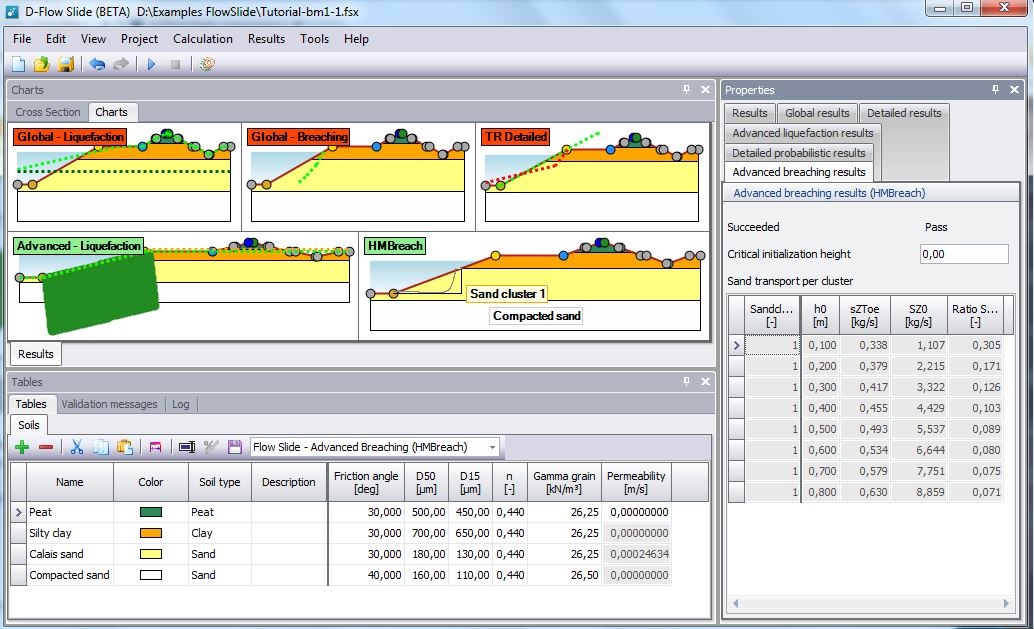 Overview of all selected models and their results