Here is the documentation of Nourishments dataset. The whole dataset is available in nc format and as kml/kmz file.

The dataset of nourishments along the Dutch coast is available from 1952 until today (end 2015) here. nourishments.nc has two different data structures:

A Google Earth kml/kmz file is created with Python scripts and moved here. Volume, volume per alongshore distance, nourishment type, period and kustvak are presented in the visualization.. 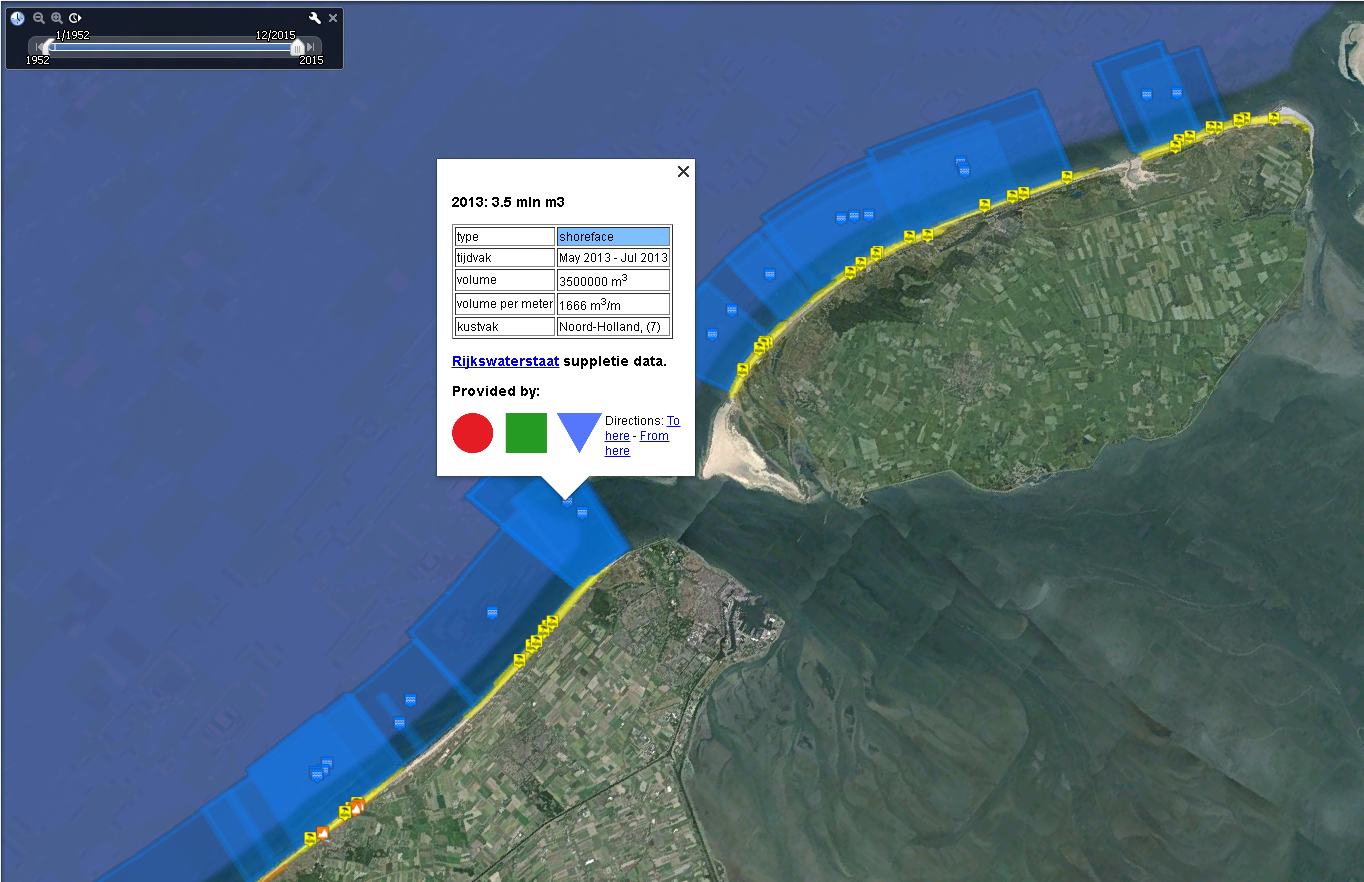 Data flow is summarized as: