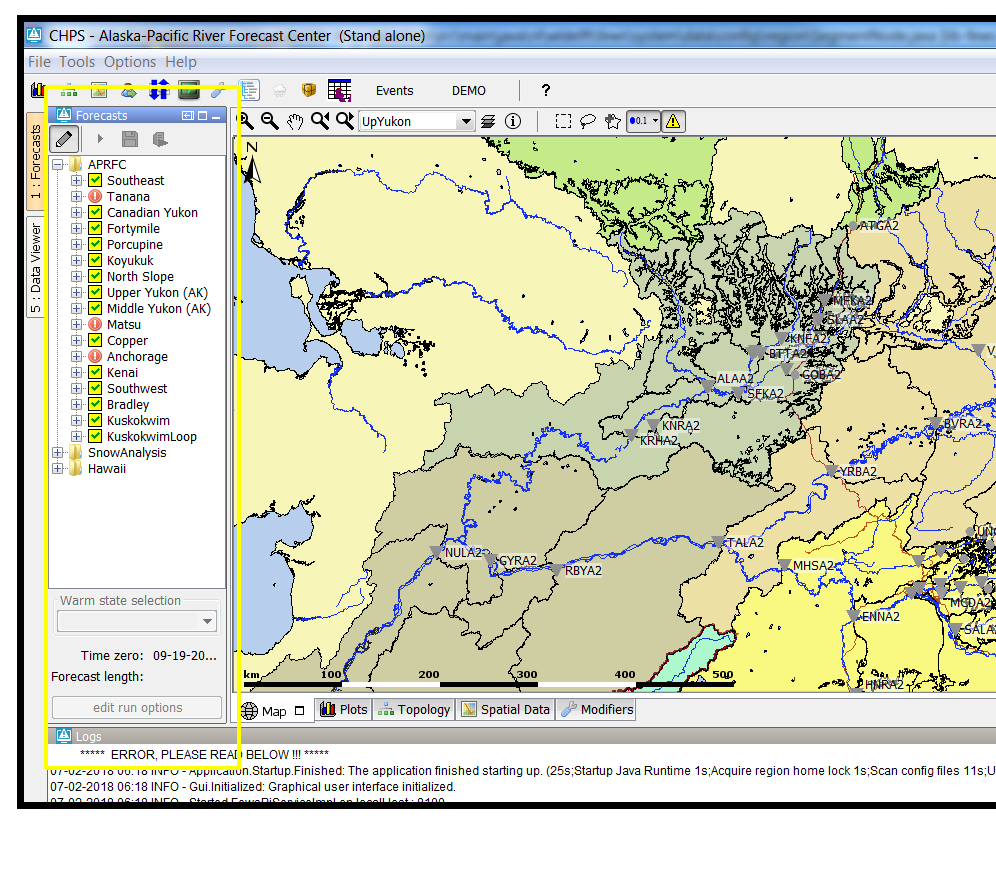 Below an overview of all the combinations which are available for a succesfull run (local or server).

In the example below a server run has run succesfully run for node North Slope. For the leaf nodes KUPA2, SGRA2 and CRUA2 a successfull IFD run was executed. 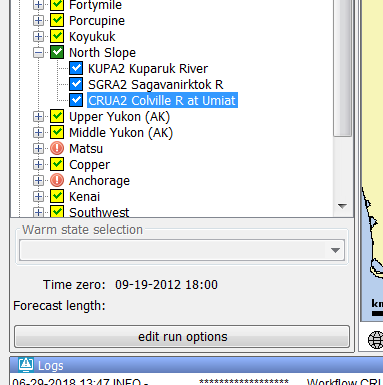 The icons are grey instead of green and blue and the check marks are now blue and green.

otherwise it will be black.

or yellow icon with a green check (server run)

to indicate that the workflow of that node needs to rerun.

. Below a few examples. 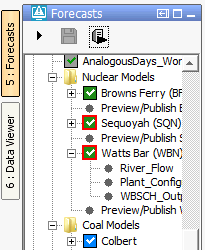 The bottom section of the forecast panel can be used to select the task properties of a node.

The majority of these settings can be adjusted in the bottom section of the panel.

A mod can be deleted by pressing the cross icon. If you have made a local change to a saved modifier, only the local change will be deleted when you press the cross. The background color will change back from salmon to green. If you delete it again, the saved modifier will be deleted as well. (Note, in a SA the behavior is different. In a SA a single delete action deletes the entire modifier.) If you make use of the Run Info panel (see Explorer Tasks, with <taskClass>nl.wldelft.fews.gui.plugin.runinfo.RunInfoPanel</taskClass>), this will show both the saved and local modifiers, so you can compare them directly.

The copy-icon copies the modifier.

If the forecasterHelperDirectories is not configured, the INFORMATION_PANEL_FOLDER property defined in the global.properties will be used instead.

To add the Forecaster help panel and document viewer to the Delft-FEWS explorer, please add the following tasks to Explorer.xml. The <predefinedDisplay> "documents" (or taskClass ForecasterAidDocumentPanel) is the main window, which displays the content of the documents in the explorer. The ForecasterAidSelectionPanel is a so called toolwindow, displaying a list of all available documents (in the folder linked to the node). The content of this Selection panel depends on which node is selected in the Topology, and is updated automatically when a different node is selected.

When one of the files is selected in this panel the content of the selected file is shown in the document viewer. The document viewer is a dockable window in the centre of the Delft-FEWS Operator Client (or SA) GUI. 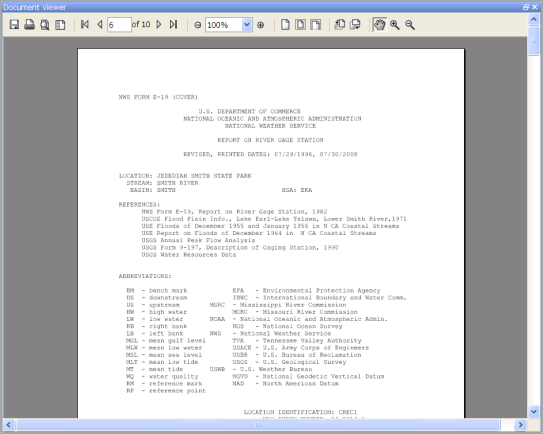 When a text file is selected, it can also be edited. To facilitate this an edit and save button are displayed above the document when selecting a text file.